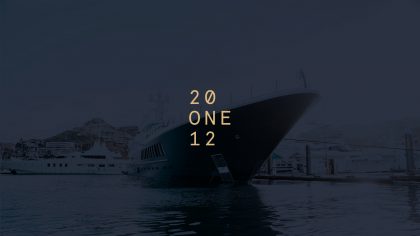 Twenty One Twelve is a marketing agency for high-end brands. Having quickly established itself following rapid growth, we helped to further evolve its own brand: elevating and aligning the logo and brand identity to one that complemented its standing within the luxury sector and reinforced its profile with clients.

A playful expression of the names origin

Twenty One Twelve felt that its existing logo and brand identity didn’t fully do justice to its upmarket credentials; that more could be done to convey the agency’s heritage, aspirations and capabilities. More importantly, it felt that more could also be done to showcase the sort of creativity and lateral thinking that its clients came to expect of them.

We started by focusing on Twenty One Twelve’s origins and the inspiration for its name – the river town of Henley and, specifically, the distance over which each of its famous royal regatta races are held: 2,112m. So, as a nod to where it all started and to create a more unique identity, we first incorporated the distinctive distance marker numbers into the new logo.

Then, to replace the straightforward, linear Twenty One Twelve version of the existing logo, we opted for a mono-spaced Apercu Mono font that lends itself perfectly to a grid-like logotype, offering both structure and versatility in how it can be used in different brand extensions. As such, it allows letters and numbers to be interchanged, along with any combination of words within the grid design. To create contrast and add some gravitas, we paired Apercu with the classic Caslon Pro serif font.

We were also keen to avoid the traditional gold and black colour palette that so many other luxury brands tend to default to. Instead, we created a subtle balance of soft brass and deep river blue, accented with bright pistachio and coral to denote and highlight the core digital services elements of the business.

By taking Twenty One Twelve’s former one-dimensional logo in a completely new direction, we not only transformed it into a more characterful and visually interesting logotype, we created a comprehensive and versatile brand identity system: one that is much more in keeping with the luxury space it occupies and, just as importantly, flexible across all of its digital and print touchpoints.

"Working with Craig was an absolute pleasure and I wouldn’t hesitate to recommend him to anyone who wants excellent design work. The depth of detail he goes to is impressive which I would say is a direct result of his passion for his craft. We’re delighted with the new branding he has completed for Twenty One Twelve."

From Big to BiiiiiGGER
The Workers Club

Celebrating success with The Workers Club