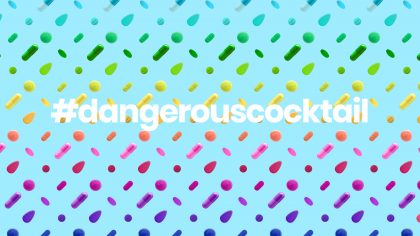 UK Anti-Doping promotes clean sport in the UK and is responsible for protecting it from Image and Performance Enhancing Drugs.

Following indications that people were using anabolic steroids purely for cosmetic/body image reasons, UKAD was concerned that the younger generation in particular was becoming increasingly susceptible to the easy, quick-fix lure of IPEDs – especially those routinely exposed to unrealistic beach bods on TV and social media, and constantly coerced by peer pressure to look good.

As this demographic had grown up with social media, UKAD wanted a digital campaign to raise awareness and highlight the ugly underbelly of IPEDs: the side-effects that rarely get advertised and the dangerous health risks that come with steroid abuse.

We decided on a highly visual Instagram campaign. And, crucially, to ensure it was fresh and engaging, we were keen to avoid going down the route of clinical, shock-value type imagery you usually see on cigarette packets. Although that would adequately highlight the dangers of IPEDS, we felt it was too much of a blunt and clichéd approach and unlikely to land with that demographic.

Instead, we went for a look and feel that was much more in keeping with Instagram – a platform routinely used as a showreel by those wanting to be seen to be ‘living their best life’ – with posts that were fun, colourful and eye-catching. But also with a twist…

As summer was approaching and UKAD data suggested that IPEDs were being used to help young people get beach body-ready, we developed a concept loosely based on the vibe of reality TV’s Love Island. Leading with bright, happy and playful imagery for every post, we then flipped the concept on its head by juxtaposing each one with dark, serious and controversial messaging that pulled back the curtain on the downsides of steroids. By revealing that there’s much more to them than meets the eye, we sought to create an attention-grabbing and thought-provoking campaign that would not only get people talking and thinking twice about using them, but also appeal sufficiently to be widely ‘liked’ and shared.

In total, we created 10 bold, highly visual posts that were used as leading signature pieces in an 8-week UKAD campaign.

Upon launch, the campaign quickly gained views and shares, hitting home with not just its intended audience but also the wider public.